One of Cornwall’s premier watersport’s and beach front destinations.

Polzeath (Cornish: Polsegh, meaning dry creek) is on the eastern bank of the mouth of the River Camel.

Polzeath is predominantly split into two parts – the old and the new, both overlooking a gorgeous stretch of golden sand between Pentire Head (Cornish: Penn Tir, meaning “headland”) to the north and Highcliff to the south west, with views out to Newlands Island, Stepper Point and Gulland Island further west.

These views around the bay were a favourite for the late poet laureate Sir John Betjeman. The tranquillity of the area is regarded by many as inspiration for his poetry and is often referenced in his work.

The beach itself, often referred to as Hayle Bay (Cornish: Heyl, meaning estuary) is a delightful, gently shelving sandy beach, which is also one of Cornwall’s most renowned surfing destinations. Its westerly position lends itself to producing some fantastic surf and water conditions for all recreational water users to enjoy as well as some amazing opportunities to witness some of Cornwalls best sunsets.

Whether its surfing, stand-up paddle boarding, coasteering or kayaking, Polzeath has something for everyone. There are RNLI lifeguards on the beach during the daytime in the summer season so families can enjoy the water knowing they are in a safe environment.

The South West Coast Path cuts across the beach offering a relatively easy walk to neighbouring Daymer Bay and onwards to Rock and Padstow.

Further to this Polzeath has a wonderful array of bars, cafes and restaurants to enjoy. Kick back and enjoy some fine local produce whilst watching the sun go down shoulder to shoulder with friends and family. 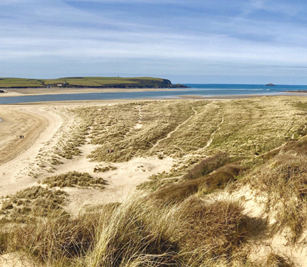 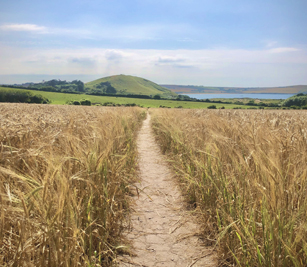 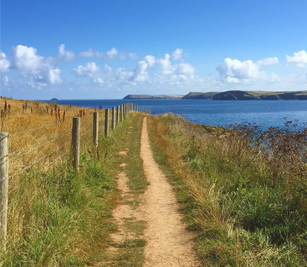 ❗️EXTENDED OFFER ❗️- Why pay for unused be

PADEL TENNIS COMES TO THE POINT - New for summer 2

Wishing the best of luck to all those playing in t

ANOTHER GORGEOUS DAY ☀️- Day 2 of the Cornish

WE ARE RECRUITING - Time for a change? We are curr

CHILLY 🥶 - A gorgeous, bright start to the day

COMFORT FOOD - There's only one thing for it on a

Wishing all our members, guests and followers a ha

GRAB A ROAST THIS SUNDAY - Can we tempt you? Tab

This website uses cookies to improve your experience while you navigate through the website. Out of these, the cookies that are categorized as necessary are stored on your browser as they are essential for the working of basic functionalities of the website. We also use third-party cookies that help us analyze and understand how you use this website. These cookies will be stored in your browser only with your consent. You also have the option to opt-out of these cookies. But opting out of some of these cookies may affect your browsing experience.
Necessary Always Enabled
Necessary cookies are absolutely essential for the website to function properly. These cookies ensure basic functionalities and security features of the website, anonymously.
Functional
Functional cookies help to perform certain functionalities like sharing the content of the website on social media platforms, collect feedbacks, and other third-party features.
Performance
Performance cookies are used to understand and analyze the key performance indexes of the website which helps in delivering a better user experience for the visitors.
Analytics
Analytical cookies are used to understand how visitors interact with the website. These cookies help provide information on metrics the number of visitors, bounce rate, traffic source, etc.
Advertisement
Advertisement cookies are used to provide visitors with relevant ads and marketing campaigns. These cookies track visitors across websites and collect information to provide customized ads.
Others
Other uncategorized cookies are those that are being analyzed and have not been classified into a category as yet.
SAVE & ACCEPT